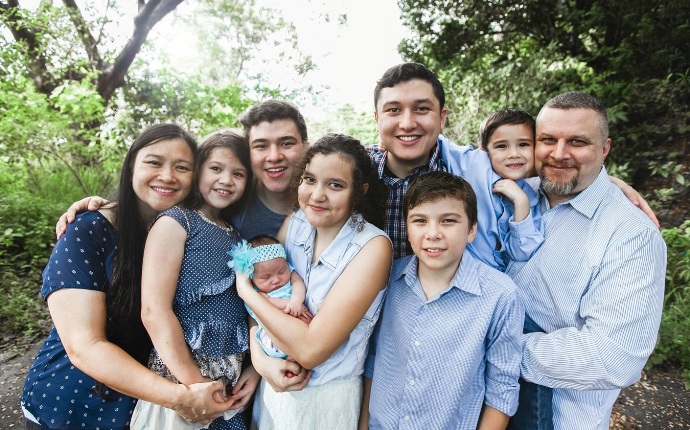 On October 4-7, we were blessed to take part in hosting this year's TMAI Summit in the Philippines. Representatives from the TMAI training centers in the Asian Pacific region, along with TMS graduates in the area, all met in Manila to strategize on how to best train up men in our region to handle God's Word.

Our friends at Higher Rock Christian Church, one of our key partner churches, graciously opened up their facilities and cared for all of the delegates. They made each person feel welcome and attended to everyone’s needs, including making many trips to the airport to pick up participants who came from 10 different countries: India, China, Singapore, Cambodia, Malaysia, Indonesia, Japan, New Zealand, Australia and the U.S. We were also joined by our own students from The Expositor's Academy, our local ministry partners, as well as others who have interest in the training ministry of TMAI.

We not only enjoyed a great time of fellowship, but we were also able to learn much from one another. The three TMAI training centers in our region (which include the Philippines, India and Singapore) reported on what the Lord has been doing in and through our ministries. In addition, we had the privilege of hearing from TMS men about opportunities in Cambodia, Indonesia, Japan, Korea, China and Malaysia.

We see God opening up some wonderful opportunities throughout the region for training up expositors and building healthy churches, and I am excited to see how we might all partner together to accomplish this. I plan to share more about this in the coming days.

I was especially blessed to hear the testimony of Pastor Edwin, a graduate of our Biblical Studies Program, and a current student in our Expository Preaching and Pastoral Ministry program. He shared about how he came to the Lord through a Bible study in a middle-eastern country and how the Lord used him to establish Bible study fellowships on cruise ships where he used to work. Now, even ten years later, after he returned to the Philippines, this ministry continues to grow!

Pastor Edwin went on to share how he has grown in his understanding of Scripture and in his abilities to teach and preach the Word. Through the ministry of The Expositor's Academy, the Word of God has corrected some of the theological misunderstandings and errors he had previously held. I recently saw an example of this during one of our preaching labs. Pastor Edwin was expositing Acts 3:1-8, when Peter said to the man who had been crippled since birth, "In the name of Jesus of Nazareth, walk." Pastor Edwin explained that he realized that he had never asked himself the question, "Why did God cause this healing?" In the past, Edwin just assumed that all believers have this power and that it was the norm of Christian life. He has since learned to understand Scripture in its context and preached to us that God granted that healing to authenticate His message and messengers, just as He had done with Jesus in Acts 2:22, which says,

“Men of Israel, listen to this: Jesus of Nazareth was a man accredited by God to you by miracles, wonders and signs, which God did among you through him, as you yourselves know."

It is a joy to see the Word of God impact men like Pastor Edwin through the ministry of The Expositor's Academy. And we know that we could not be doing this without the faithful prayers and support of people like you!

The Christian and the Work Place

In addition to the TMAI Asia Pacific Summit, we had the joy of coming along side our ministry partner, Higher Rock Christian Church, on another big venture: the conference entitled, "The Christian and the Work Place."

TMAI president Mark Tatlock, along with TMS men Roger Ng, Eric Weathers, and Tim Carns, spoke to almost 900 people from dozens of churches throughout the country and a few guests from Singapore. We were also treated to some great testimonies from Dr. Roni Rivera, Mike Broomell and B.J. Manalo.

Everyone who participated in making the conference happen did a great job, including those who made all the arrangements, promotions, handling the sign-ups, set-up, clean-up and the many other details that most of us didn't even realize were busily taking place behind the scenes.

The speakers were a breath of fresh air as they taught on this subject mainly from Scripture rather than experience. They showed us God's intention for us to work and how we can do it well for His glory - whether we are employees or business owners. I pray that the conference was a blessing for everyone and that it bears much fruit.

What is the value of apologetics in the church?