Leading our community of believers under the authority of the True Shepherd, Jesus Christ It was while he was in high school that Brock first learned about his need of Jesus Christ. Through a ministry called Sonburst he heard the gospel and made an initial profession of faith. This profession might be likened to the seed that fell on the rocky ground and sprung up quickly but when the sun had risen, it became withered because it had no depth to its roots (Mark 4:5-6). It wasn’t until shortly after graduating from college that Brock entered into a saving relationship with Jesus Christ (January 1989). By the grace of God, Brock was rescued from the pit of despair and his life has never been the same since. He immediately began reading the Bible and got involved in a small group. Since that time, Brock has worked in a variety of ministries, served as the Children's Pastor for many years, and currently serves on the Elder Team.

Brock lives in Burbank with his wife (Cristina) and three children. He has a Bachelor's degree in Communications with a Minor in Business from the University of Southern California and a Master of Divinity degree from the Master’s Seminary. Brock loves working with children and their parents and feels truly blessed to be a part of what the Lord is doing at Calvary. 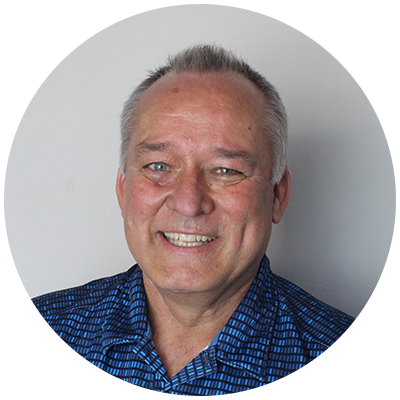 Jim was raised in a Christian home and grew up very involved in Children's Church, hearing all the Bible stories and memorizing Scripture. But it wasn't until Junior High that he heard a clear Gospel message about the fact that he was a sinner and the wages of his sin was death. He understood that it was only by the finished work of Jesus Christ on the cross in paying his debt that he could have eternal life. He confessed his sins, received Christ's forgiveness for his sins, and was saved because of what Jesus Christ did on his behalf.

Soon after, in 1975, Jim started coming to Calvary Bible Church. He went through the youth programs, soon after marrying his junior high sweetheart, Kristen. They have three lovely daughters, who with their husbands have blessed them with eleven  grandchildren.

Jim and his wife have been fortunate to serve in various ministries here at Calvary, to see the vast reach and impact this church has on so many lives. Currently, Jim co-leads the Fellowship of the Saints class and teaches the Membership class. He also enjoys being a substitute teacher in the other Fellowship Groups here at Calvary. 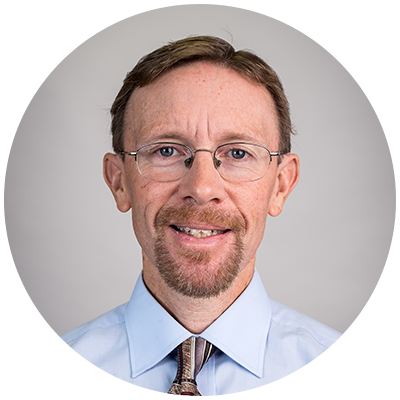 He came to Calvary Bible Church in 1994 after graduating from college the previous year.  Calvary has been his church home since, as he and his wife, Laurena, were married here in 1997 and have raised their five children here.

Although being heavily involved in his parents' church as a child and with InterVarsity while in college, God showed him his need for salvation while going to a Biblical Parenting class at Calvary in 2002. Soon after being saved, he had a desire to study the Bible and to be more involved at church. He joined the choir in 2005, being involved in that ministry for 12 years. In 2010, he began teaching an adult Sunday School class, Common Ground, and is currently teaching through Romans. He and Laurena started working with the College & Career group in 2016, and in 2018 he began serving as an elder.

He is grateful for salvation, and desires to serve in whatever way God would have him serve.

He has a degree in geochemistry, but he has instead been working with computers for 20 years.  He currently provides computer support at Caltech.