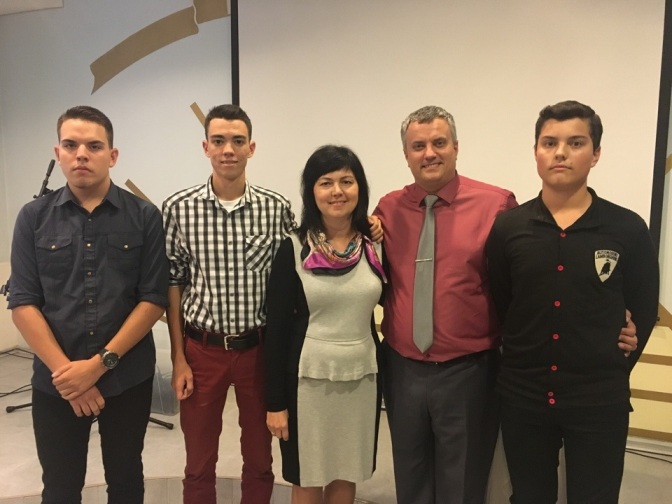 October 2016 Know the Truth and Preach the Truth

“Children of believers” is a category of people who do not always understand their personal belief and regeneration well. They are full of knowing the Truth (if their parents filled them with it), but their faith means the same to them as their family tradition. The belief of their parents does not always go together with the child's belief.

Last month I had several meetings with the children of believers who wished to join the church and to be baptized. When such young people tell about their wish to be a member of the church, a pastor needs great wisdom to understand the real condition of their hearts. Six people wanted to be baptized in our church. Four of them are the children of believers. They are of the same age as my eldest son and even younger son.

Before we started special classes for baptizing preparations I met twice with everyone. Those meetings were very interesting both for me and for them. My purpose was to understand if they had real repentance and salvation assurance and how they understand the Gospel. I was really excited about the new generation of believers coming, but most of all I was happy to see the children of believers coming to the Lord.

I think it is the most complicated category of people, who need to know the Truth. It is necessary for the Gospel to change their lives and bring to the Lord. Most of them used to live double life so much, that they did not see reality. They often copied the bad example of their parents. But the Lord did an amazing work in the hearts of young people and we are thankful for that. I saw my elder son's difficulty in making right and new relations with other people and in fixing the new system of beliefs in his life. So, these meetings brought me joy, and as I have already said, I needed great wisdom to help the young people to see their hearts and faith.

Last month our pastoral team also spent much time with developing an organizational chart for our church community. It was really important and useful work for our church. We made and formulated the principles of mutual relations of believers inside and outside our community. This work helped us to see the practical use of certain rights and privileges of believers in the church.

There was one more interesting meeting with a child of believers from another church. A man of the same age as me whose marriage broke down came to our church. His wife left him to attend the Orthodox church after being the member of the Baptist church for 8 years. This man and his daughter stayed in the Baptist Church. One of his fellows who attended our church had invited him to our community saying that he needed real Christian life.

After the service I had a long talk with him. He said he hadn't been in a church where the real Truth is preached for a long time. He used to be religious and lived his double life and nobody understood that. After he lost his family he came to look for a real life being a member of another church. It is so sad to see that in churches. We agreed he would attend our church for two weeks and then we would meet with him again to understand his real intentions about God.

What is the value of apologetics in the church?