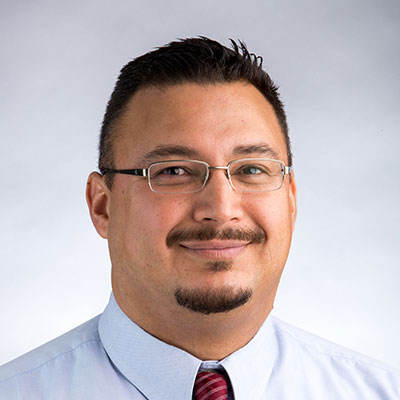 Kempiz grew up attending Christian churches from an early age. Though externally, he sought to be as “moral” and socially “good” as possible, internally he was full of hatred, bitterness, and resentment toward God because of the death of his mother as a child.

However, shortly after his senior year of high school, the Lord, by His grace, broke him and saved him. In an amazing and loving way, God helped him to see that he was created to glorify God, and that the events of his life were ultimately for God’s glory and his good.

Not only did God save him, but shortly thereafter, God blessed Kempiz with his beautiful wife and best friend, Andrea. They were married on August 28, 1999. The Lord has granted them 5 beautiful children – Ezra, Joziah, Tytus, Demaris, and Chloe. His family enjoys family “beach days” and good gelato ice cream. By the grace of God, Kempiz received his Bachelor’s degree in Christian Ministries from The Master’s College, and his Master of Divinity from The Master’s Seminary. Kempiz began attending Calvary in 2009, initially serving in various capacities as Pastor of Discipleship and Equipping, before transitioning to his current role as Pastor-Teacher.

Give God What Belongs To Him

The Heart That Pleases God, Part 2
View All by Kempiz Hernandez